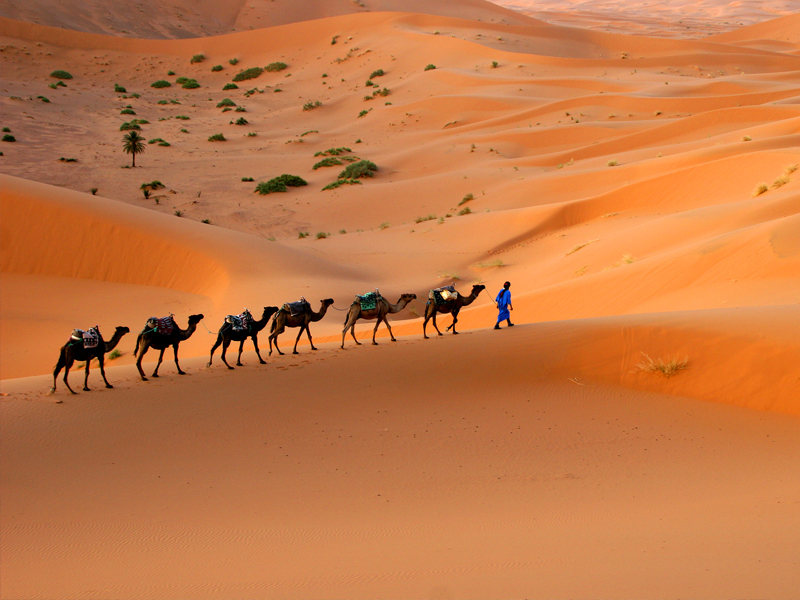 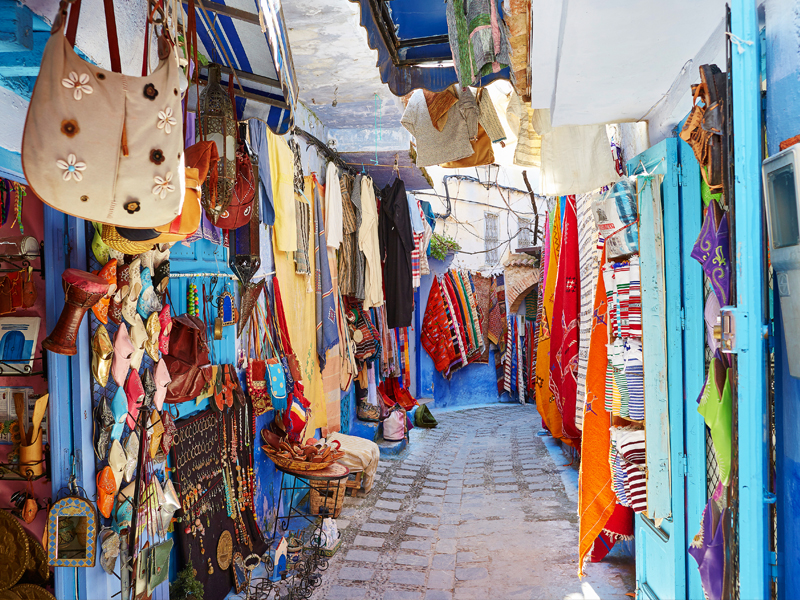 Departure according to flights to Marrakesh. Arrival at Marrakesh airport. Transfer to the hotel. Free time. Dinner & overnight.

Early departure to Essaouira. City tour. Fish lunch (optional). In the afternoon, departure to Casablanca on the Atlantic, with stops in Oualidia and El Jadida. Orientation tour of the city of El Jadida or Mazagan which is a former Portuguese city was considered as the best refuge on the coast by the Portuguese who left in 1769. Arrival in Casablanca. Dinner and overnight.

After breakfast we will visit the economical capital, there we will see the Central Market, the Habous district, the Royal Palace, the Mohamed V Square, the residential area of Anfa, the exterior of the Mosque of Hassan II. Lunch at a fish restaurant “La Corniche” (optional). Departure to Rabat, the administrative capital. Visit the Royal Palace Mechouar, the Kasbah Oudaya Garden and the Mausoleum of Mohamed and the Tower of the Mosque of Hassan. Dinner and overnight.

Departure to Meknes to visit the capital “Ismaïliana” which has the largest walls of Morocco (40 km); the famous Bab Mansour, the Royal stables and the Jewish quarter. Lunch. (Optional). Departure to the holy city of Moulay Idriss via the ruins of Volubilis via the Roman city. Continuation to Fes. Dinner and overnight.

The whole day will be dedicated to know the Spiritual Capital: Medieval Medina with its “Attarine and Bou Anania Medersas”, the Nejjarine fountain, the Moulay Idriss Mausoleum and the Karaouine Mosque (exterior view only). Typical lunch (not included) at a local restaurant in the heart of the Medina.
In the afternoon we will visit the souks in Fes. Dinner and overnight at the hotel.

Departure to Marrakech through the cities Berbers of Immouzer Kandar, Ifrane and Azrou.
Lunch (optional) in Beni Mellal one of the agricultural centers of Morocco. Short stop before making the journey that will take us to Marrakech where we will arrive at the end of the day. Dinner and overnight.

The whole day will be available to explore the city, the second oldest empire, also called “The Pearl of the South. The visit of the historical part includes Menara Gardens, the Tomb of Saadien, the Bahia Palace, the Koutoubia and the Dar Si Said Museum. Lunch at the hotel. In the afternoon we will visit the souks and neighborhoods of artisans. Typical dinner (optional) under Caidal tents at the famous “Chez Ali” restaurant delighted by the performances of different folk groups from the regions of the country. Accommodation.

Breakfast at the hotel and accordint to the scheduled time we will be transferred to the airport for the return flight. End of services.