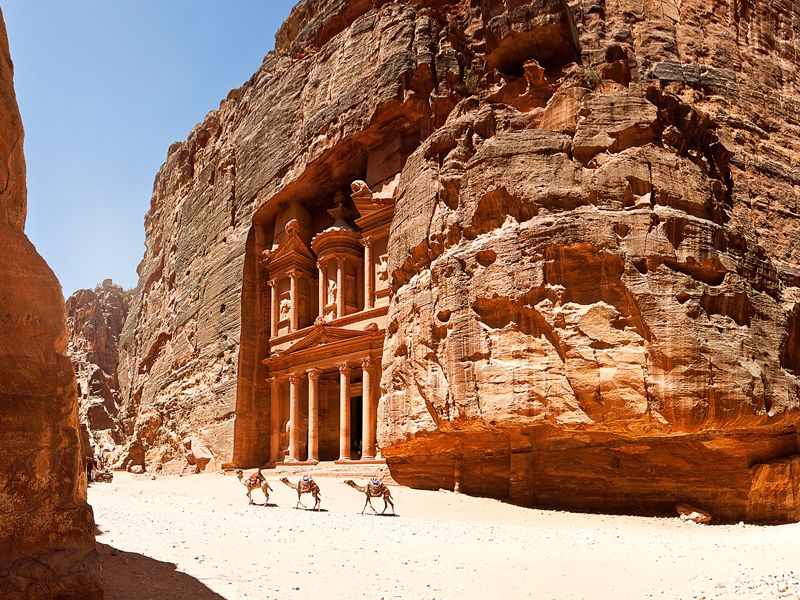 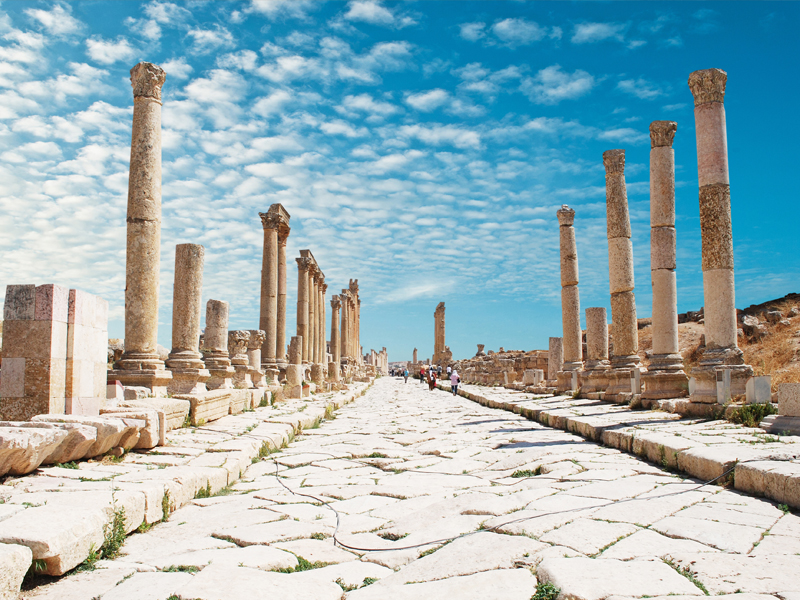 Departure according to flights to Amman. Arrival at Amman airport. Transfer to the hotel. Overnight.

Breakfast. Morning visit of the Decapolis city of Um Qais, rich with basalt ruins and overlooking the Jordan Valley, Golan Heights and Lake Tiberius (the Sea of Galilee). Continue to the town of Ajlun, with its fortress and magnificent view into the Jordan Valley. Proceed to Jerash, one of the best preserved Greco-Roman cities in the world. Return to Amman. Overnight at hotel.

Breakfast. Visit the ruins of Amman’s Roman theatre, the Citadel, the Umayyad Palace and the Archaeological and Folklore museums. Proceed to the lowest point on the surface of earth at the Dead Sea for a swim in its warm, salty waters. Overnight at resort at the Dead Sea.

Breakfast. Morning departure south through the king’s way. Visit Mount Nebo, is an elevated ridge in Jordan, more or less 817 meters . Proceed to Kerak through Wadi Mujib, a deep valley featuring one of Jordan’s most breathtaking views. After lunch visit the Kerak castle with its diverse history dated from the Byzantine to the Mamluk period. Depart to Petra for overnight at hotel.

Breakfast. Enter the first part of that impressive, infamous fissure known as the Siq and bear witness to the sophistication of the Nabateans. The tour then proceeds to gradually unfold the mysteries of the Rose-Red City with its spectacular treasury, Royal Tombs, burial chambers and high places of sacrifice. Return to hotel for overnight.

After breakfast, proceed to Beida, also known as Little Petra, is an importanta neolithic archaeological site, it is few kilometers to Petra. Watch the sunset while drinking a cup of Bedouin tea in the desert. Proceed to the beautiful gulf city of Aqaba, Jordan’s only outlet to the sea. Overnight at hotel.

After breakfast. In Aqaba we will have free day to discover the city. As an optional tour we can go for snorkelling to see one of the most important sites of coral reefs in our world. Afternoon return to Amman. Overnight at hotel.

Breakfast. Transfer to Amman airport to take your flight back home and end of our services.